The Hot Zone: The Terrifying True Story of the Origins of the Ebola Virus

In March 2014, the Ebola outbreak in West Africa was first reported. By October 2014, it had become the largest and deadliest occurrence of the disease.
Over 4,500 people have died. Almost 10,000 cases have been reported, across Liberia, Guinea, Sierra Leone, Nigeria and the United States.

Impossible to ignore, The Hot Zone is the terrifying, true-life account of when this highly infectious virus spread from the rainforests of Africa to the suburbs of Washington, D.C in 1989. A secret SWAT team of soldiers and scientists were quickly tasked with halting the outbreak. And they did. But now, that very same virus is back. And we could be just one wrong move away from a pandemic. 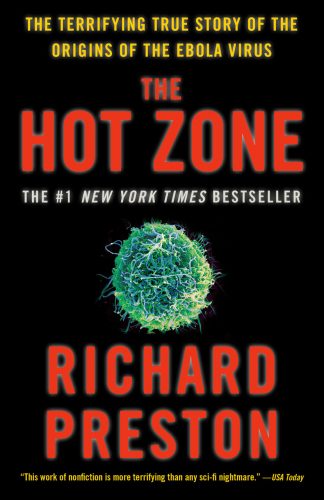 You're viewing: The Hot Zone: The Terrifying True Story of the Origins of the Ebola Virus 32,00 лв.
Купи