Being You: A New Science of Consciousness

What does it mean to “be you”—that is, to have a specific, conscious experience of the world around you and yourself within it?
There may be no more elusive or fascinating question. Historically, humanity has considered the nature of consciousness to be a primarily spiritual or philosophical inquiry, but scientific research is now mapping out compelling biological theories and explanations for consciousness and selfhood.

Now, internationally renowned neuroscience professor, researcher, and author Anil Seth offers a window into our consciousness in BEING YOU: A New Science of Consciousness. The book is an absolute, unmitigated tour de force of brilliant scientific analysis, well-situated, timely, intersectional, interdisciplinary and highly integrative- deftly encompassing the parameters of physics, biology/zoology, and interpersonal neurology and sociology.

Anil Seth is both a leading expert on the neuroscience of consciousness and one of the most prominent spokespeople for this relatively new field of science. He is currently a Professor of Cognitive and Computational Neuroscience at the University of Sussex, where he is also Co-Director of the Sackler Centre for Consciousness Science. Besides that, Seth is Co-Director of the Canadian Institute for Advanced Research (CIFAR) Program on Brain, Mind, and Consciousness, and of the Leverhulme Doctoral Scholarship Programme: From Sensation and Perception to Awareness. Last but not least he works as Editor-in-Chief of Neuroscience of Consciousness (Oxford University Press).

Seth has been interviewed for documentaries aired on the BBC, Netflix, and Amazon and podcasts by Sam Harris, Russell Brand, and Chris Anderson, and his 2017 TED Talk on the topic has been viewed over 11 million times, a testament to his uncanny ability to make unimaginably complex science accessible and entertaining. 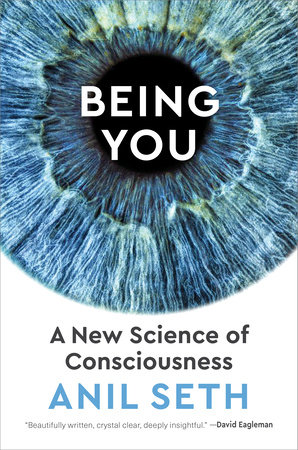 You're viewing: Being You: A New Science of Consciousness 45,00 лв.
Купи