How to Argue with a Racist: History, Science, Race and Reality

A brief book that does what it says on the tin. Adam explores all the myths about race – from IQ to athletic ability and shows how race is real, but only because we make it so, constructing differences between groups on the basis of something that is literally only skin deep.

Race is real because we perceive it. Racism is real because we enact it. But the appeal to science to strengthen racist ideologies is on the rise – and increasingly part of the public discourse on politics, migration, education, sport and intelligence. Stereotypes and myths about race are expressed not just by overt racists, but also by well-intentioned people whose experience and cultural baggage steer them towards views that are not supported by the modern study of human genetics. Even some scientists are uncomfortable expressing opinions deriving from their research where it relates to race. Yet, if understood correctly, science and history can be powerful allies against racism, granting the clearest view of how people actually are, rather than how we judge them to be.

HOW TO ARGUE WITH A RACIST is a vital manifesto for a twenty-first century understanding of human evolution and variation, and a timely weapon against the misuse of science to justify bigotry. 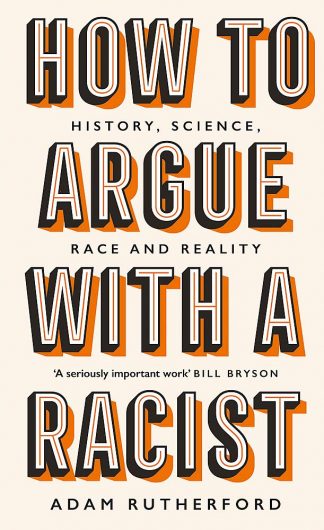 You're viewing: How to Argue with a Racist: History, Science, Race and Reality 29,90 лв.
Купи